I’m sure that you’ve at least heard about the Eat24 employee out in San Francisco who wrote an open letter to her CEO on Medium, expressing her distaste for the company’s negligence in supporting her financially.

When I started reading the article, I immediately sympathized with her. After all, as human beings, we’re conditioned to side with the underdog– someone who’s up against the system. You want to root for them.

I began to realize this wasn’t really the company’s fault– it was more of her falling victim to the system and the unfortunate realities of working entry level while trying to live in the Bay area. And she was just complaining about it.

Well, Yelp (the parent company of Eat24) was quickly enlightened and she was promptly fired. To salvage some sort of monetary gain from all this, she added links to her PayPal, Venmo and Square accounts to the end of her viral Medium blog.

There was probably some big miscommunication along the way of her going through college and starting her career– she was most likely under the impression that if you work hard enough, you won’t be subject to unfortunate circumstances of the professional world of your livelihood. Or maybe she wasn’t told anything at all.

Regardless, my point here is be careful about the feedback you provide. While I’m a huge supporter of transparency, there’s a time a place for constructive (or scathing) feedback. There’s merit to offering positive feedback in public and constructive criticism behind closed doors. It’s how our culture is programmed.

This girl obviously wanted to garner attention (and she did) but I’m not sure her message ended up resonating with the right people.

Or I could be completely wrong. What do you think?

To be ironic, I almost made this strip a multi-page slideshow. But then I realized I actually want people to read my comic and not be frustrated about the UX (user experience) of the website.

UX is part of the reason why I switched to the vertical format you see today (as opposed to horizontal) — people gave me feedback that the horizontal strip was difficult to read on their phone. After hearing this, I dug a bit deeper and found that most people visiting this website were coming from a mobile browser, such as a smart phone or tablet. So, I made the switch (and I’ll probably make more UX tweaks as the strip evolves).

Anyway, back to the point of this commentary. I’m sure that you’ve at least stumbled upon content setup in slideshow format somewhere on the web. While doing this, you probably also got very frustrated with how you couldn’t view the content on one page and instead, needed to click on a little arrow to progress down the list of movie stars from your childhood that got really attractive in their 20s. Nevertheless, you decided to start clicking through and aw dammit, an ad popped up and a video started playing.

Well, although you found your way there, actually bouncing (leaving the website) rather quickly after arriving can have a negative effect on a website’s search engine ranking. Even though it’s true that more pages on your site builds more website authority which in turn boosts your site pages’ rankings, having a bad UX can have a detrimental affect. So, choose your website optimization techniques wisely!

As marketers, we always talk about how important it is to have goals, but we tend to focus a lot less on how to actually set them accurately. I think we just generally get swept up in the “feel good” attitude of deciding on a threshold we want to reach and usually attempt to ignore that nagging thought of “maybe I really didn’t set a goal based on logic or purpose.”

While self-titling your role allows for creative freedom, it also has the drawback of limiting you from future opportunities. Sure, being progressive and throwing in a “ninja” may sound cool, but honestly, you’re not sneaking into your prospects’ email inboxes and slashing unsubscribes with your katana. I’ve known several hiring managers that will pass up on a resume because it contains unnecessary lingo that lacks professionalism. Don’t do it. Instead, opt for Marketing/Finance/Sales “Professional”. Or “consultant”. While professionals or consultants might not have as many groupies as “rockstars” or as much business zen as a “guru”, they hold much more esteem with recruiters than the glorified descriptors.

Oh, and if you’re in operations, don’t go with “janitor”. While it sounds self-deprecating and charming, it inherently has the reverse effect because you’re the one who coined it. Besides, I hear they prefer to use the word “custodian”.

Lots of startups opt for the buyout instead of continuing to grow on their own, usually for one of a few different reasons. Sometimes their business complements a larger player’s long term plan (Google buying Waze) or to capitalize on an additional audience (Facebook buying Instagram).

Other times, it’s to snuff out the competition before it takes off. If you were a business owner, would you take a quick pay check from being acquired or refuse to be bought out in the hopes of pursuing something much larger?

Technology always seems to fail when you need it the most, but what about it prevailing when you absolutely need it to fail?

Important tip for any aspect of a marketing career: know your audience. 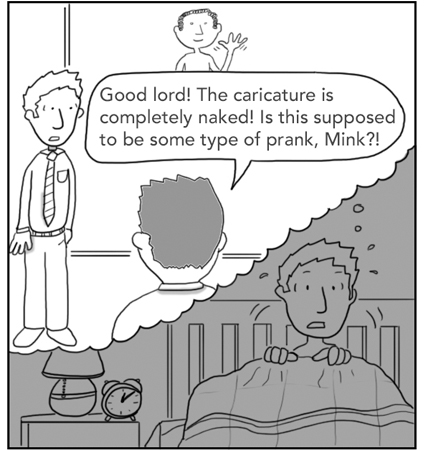 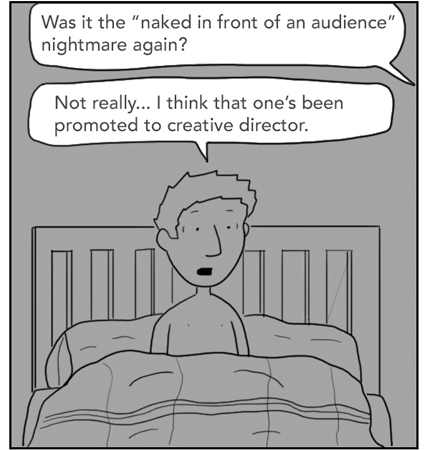 For me, it’s either daytime anxieties or spicy food. Mix them together and I turn into an insomniac. Believe it or not though, my #1 recurring stress dream is of me forgetting my sheet music for high school band. What’s yours?

Because everyone loves a good meme, right?